There She Is Community Forum

A forum for all fans of There She Is!!

There She Is Community Forum :: General Information :: Rules

The internet is a place where anybody can do pretty much anything. However, in order for said people to cooperate and to further the interest at hand, here are a few simple rules to keep in mind:


If what is listed seems a little bit intimidating, it isn't. To sum it up in three words, use common sense!

We don't want to cause trouble anymore than you want to. Unless specified above, all rule breakers will receive a fair warning or two before more extreme measures are utilized. Anybody in the group also holds the right to complain if any of the rules are broken thoroughly. Also, administrators, operators, or anybody above your rank of standing have the right to dole out judgement to keep order. If you feel as if you're being singled out, don't jump back on the saddle and argue; that'll just make things worse. Instead, personally message them (or another higher ranker) via Notes or PM to settle things.

Also note that this list of rules is not definitive and may change as time goes by. Also feel free to give suggestions so that all of us may live in peace! 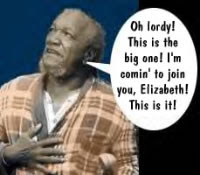 don't be that guy ^ XDDD

Similar topics
» Inquiry about the rules

There She Is Community Forum :: General Information :: Rules